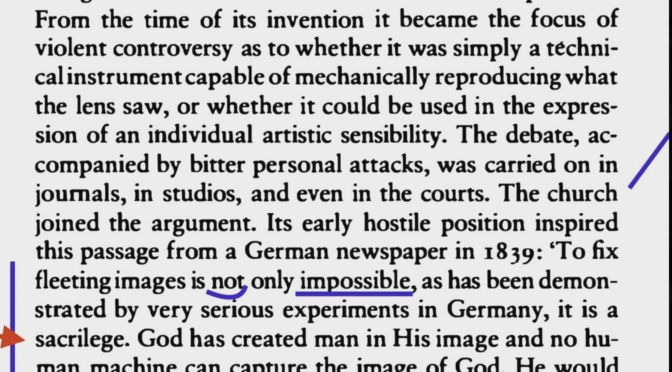 omG!. ..I love #diabolical stuff! Now I am worried.

BORING DEBATE:
From the time of its invention it became the focus of violent controversy as to whether it was simply a technical instrument capable of mechanically reproducing what the lens saw, or whether it could be used in the expression of an individual artistic sensibility.

GOODANDBAD DEBATE:
To fix fleeting images is not only impossible, as has been demonstrated by very serious experiments in Germany, it is a sacrilege. God has created man in His image and no human machine can capture the image of God. He would have to betray all his Eternal Principles to allow a French· man in Paris to unleash such a diabolical invention upon the world.